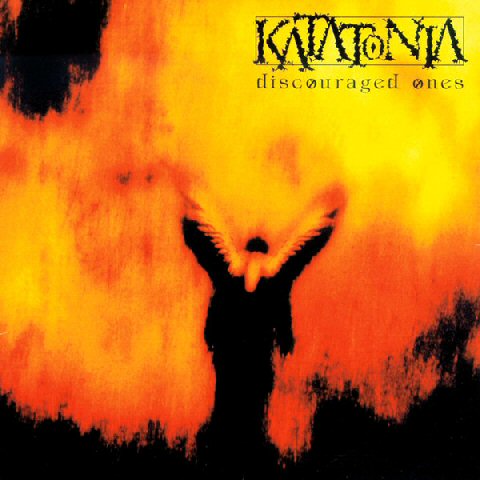 On Discouraged Ones, Katatonia remains as depressive as ever, while at the time moving even further away from its earlier sound than it did on the previous release, Brave Murder Day. Cleanly sung vocals (at times reminiscent of the Cure’s Robert Smith) have replaced the agonizing growls of Dance of December Souls, while the songs themselves — averaging about four minutes apiece — are much more compact than their previous extended epics. The key aspects of the sound here are the thickly layered guitars, which are distorted but somewhat pushed back in the mix, and the huge, reverberating drumbeats, which are almost uniformly played in a slow-to-medium tempo and seem purposely simplistic. These elements cause the songs to sound overly similar on the first few spins; however, with subsequent listens, the melodies begin to peek through the fog, and the album as a whole takes on an almost hypnotic, dreamlike feel, something reinforced by the ever-steady beats. The imagery-laden lyrics (best exemplified by “Saw You Drown”) also accentuate this dreamlike quality. Other noteworthy tracks include “Deadhouse,” “Cold Ways,” and the slowed-down closer, “Distrust,” although the whole of this album really exceeds the sum of its parts. Through its subtle melodies, minimal rhythms, and strongly melancholy moods, Discouraged Ones emerges as either a masterpiece, or else something very close.