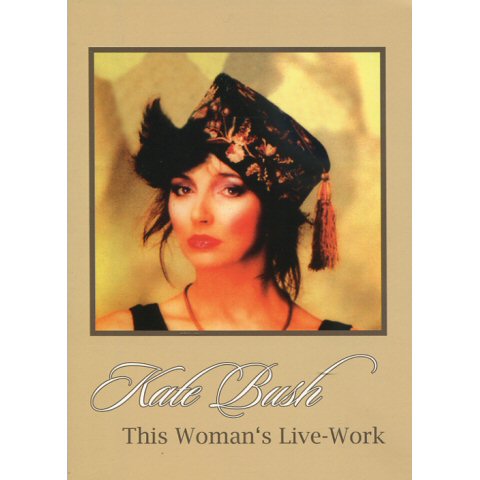 On 14 May 1979, Kate Bush played the final date of her first-ever tour. A six-week jaunt around Britain and mainland Europe, the Tour Of Life was an extraordinary, hydra-headed beast, combining music, dance, poetry, mime, burlesque, magic and theatre. After the final show at the Hammersmith Odeon, the backstage talk among the cast and crew turned to America and the further, wildly inventive leaps forward Bush might make next time. Over three decades later, next time has yet to arrive. Bush has not played a full concert since that night at the Odeon, and the Tour Of Life has turned out to be the tour of a lifetime. “I thought we were going to go around the world,” says Brian Bath, who played guitar with the KT Bush Band. “It just fizzled into doing bits and bobs for TV and songs for a new album. It was such a shame. The Americans would have loved it”. She initially made her mark as a visually unique performer, but her live experience was limited to a smattering of pre-fame pub gigs with the KT Bush Band in and around London, a few original songs sprinkled among covers of the Beatles’ Come Together and the Rolling Stones’ Honky Tonk Woman. The Tour Of Life promised to be a more ambitious, more sophisticated affair. With scant regard for the stripped-down sensibilities of the post-punk era, it was to be an unashamedly theatrical enterprise. The set was dominated by a large ribbed screen – intended to represent an egg – on to which slides and film footage could be projected. A central ramp sloped down to the front of the stage, with the band tucked away in the shadows on either side. Bush often sang from a large three-dimensional egg, upholstered in red satin, which could be rolled on and off stage. The symbolism was intended to evoke the womb, the origins of life. Brian Southall, then head of artist development at EMI, was there to “fly the flag” for the company. He recalls Bush being “terribly, terribly nervous, but the show was just extraordinary. We didn’t quite know what we were letting ourselves in for, this extraordinary presentation of her music.” Few other artists had taken the pop concert into quite such daring territory; its only serious precedent was David Bowie’s 1974 Diamond Dogs tour. There were 13 people on stage, 17 costume changes and 24 songs – primarily from her first two albums, The Kick Inside and Lionheart – scattered over three distinctly theatrical acts. Her brother John declaimed poetry, Simon Drake performed illusions and magic tricks, and at the centre was a barefoot Bush, still only 20 years old. The UK the reviews were euphoric: Melody Maker called the Birmingham show “the most magnificent spectacle ever encountered in the world of rock”, and most critics broadly concurred. Owing to demand, the tour ended with three additional London concerts at Hammersmith Odeon (this dvd features the second of the three shows), following 10 shows in mainland Europe. Looking back, the most striking aspect is how ahead of its time the Tour Of Life seemed. With its projections, its pioneering use of the head-mic, its multimedia leanings and its creation of a narrative beyond the immediate context of the songs, it was a significant step forward in the evolution of live performance. Bush seemed born to play live but the draining experience of conceiving, organising, rehearsing, performing and overseeing the Tour Of Life may have outweighed any desire Bush had to repeat the experience. “I think it was just too hard,” said the late Bob Mercer, the man who signed her to EMI in 1976. “I think she liked it but the equation didn’t work. These are not conversations I recall ever having with her, but I went to a lot of the shows in Britain and in Europe and I could see at the end of the show that she was completely wiped out.” “It’s a tragedy she didn’t go back out touring, an absolute tragedy,” says Jon Kelly, who co-produced Bush’s first three records. “A huge loss to the world. Like a star dying early.”