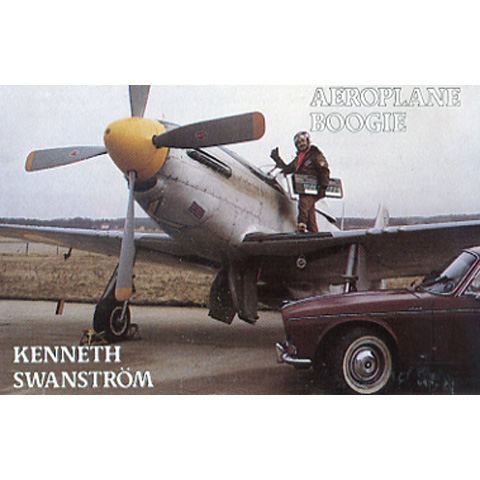 Swedish, Sala born, Rock N Roll artists Kenneth Swanström began as early as 1955 playing the guitar. But then Jerry Lee Lewis arrived with his Whole Lotta Shakin Goin On and Kenneth was totally hooked and from that moment on it was the piano all the way. Kenneth’s first recording came out in 1969. Kenneth released a number of albums during the 70s and 80s and toured a lot. In the late 80s and early 90’s, there was an intense playing with many engagements in Norway and as a result he was contacted by Morten Reff to put down a new album on his newly started Fox Records. The end result was the album Aeroplane Boogie his first album in several years. Kenneth were now living in Kumla, Sweden where he performed live and become part of the towns own history. He has his first heart attack in 1994 the day after a show in Kumla. This wouldnt stop Kenneth who would continue to play live until he passed away in 2003, on stage during a rock gala at Restaurant Tyrol in Stockholm.