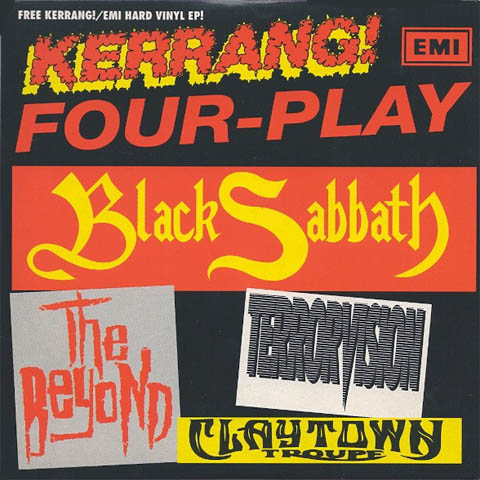 Reduced price due to a bent mark on cover

A four track split single that was released with Kerrang magazine number 397 in June of 1992. It features the track After All from Dehumanizer the much awaited return album of Black Sabbath with Ronnie James Dio back in the band.This promotional single was a good chance to promote three English hard rock band at the same time when there were so many people that were waiting to hear what this legendary line-up of Black Sabbath would deliver. So here we have Claytown Troupe from South-West of England, Terrorvision from Bradcord and The Beyond from Derby