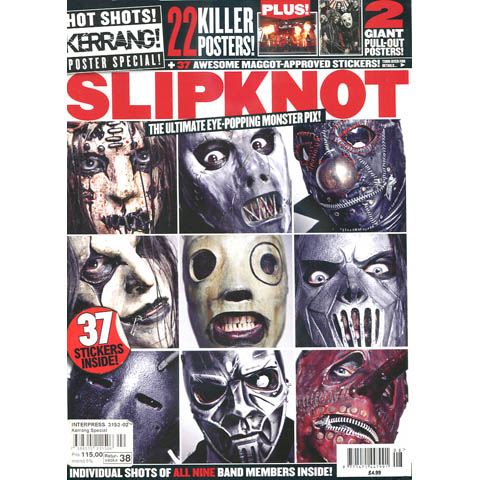 English hard rock and heavy metal magazine Kerrang are the worlds biggest selling weekly rock magazine. It was first published on 6 June 1981, edited by Geoff Barton, initially as a one-off supplement in the Sounds newspaper devoted to the current New Wave Of British Heavy Metal and the rise of other hard rock acts such as Ac/dc, who appeared on Kerrangs first cover.

This is a special Slipknot poster special, featuring 22 posters, 2 giant posters and 37 stickers
Date of issue: 2011