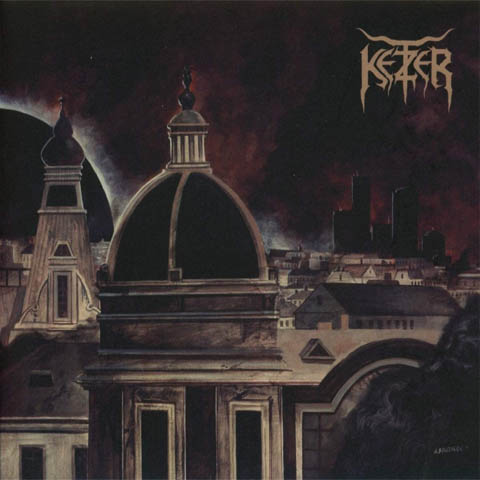 Based in Cologne, Ketzer (“heretic” in German) is comprised of five individuals who joined together as teenagers to release Satan’s Boundaries Unchained (2009). Hailed as one of the best blackened Thrash Metal records of recent years, the quintet’s debut launched them out of the underground and onto some of Germany’s most prestigious festival bills – such as Party San and Rock Hard. Their first European tour took place soon after in 2011.In 2012, Ketzer released their sophomore album, Endzeit Metropolis, which saw the band’s musical direction progress: Their raw energy was channelled into a more open-minded, yet faster and darker kind of Heavy Metal. Following a second European trek (featuring Tribulation and Venenum) and more of the scene’s finest festivals like Extremefest and Hell’s Pleasure, Ketzer then embarked on their biggest journey so far: the band’s first USA tour. With a small collection of freshly written songs, they broke new ground on American soil in 2014