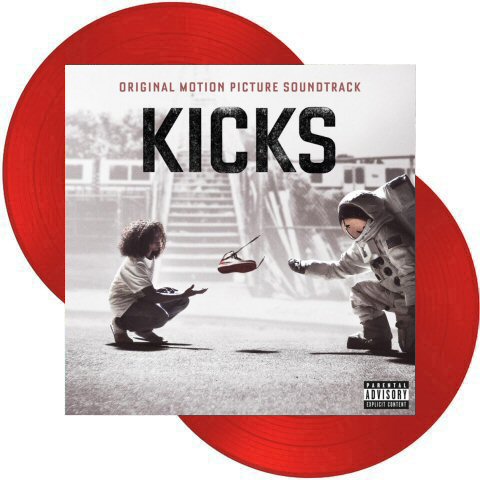 In director Justin Tipping’s feature debut Kicks, nothing is as simple as it seems. Itis the story of a fifteen-year-old Brandon longing for a pair of the freshest sneakers that money can buy. Assuming that merely having them on his feet will help him escape the reality of being poor, neglected by the opposite sex and picked on by everyone – even his best friends. Working hard to get them, he soon finds that the titular shoes have instead made him a target after they are promptly snatched by Flaco, a local hood. Brandon goes on a mission to retrieve his stolen sneakers. The director intentionally derived local artists, including Roach Gigz, Dave Steezy, and NanosauR, as well as the late Dre and Iamsu! from the San Fransisco Bay Area where the film is set. “I always knew I wanted to weave an eclectic soundtrack together that intertwined hip-hop and sweeping score to reflect the Bay Area sound, as well as the world inside the characters’ imagination,” said Tipping in a statement. Composer Brian Reitzell from the Bay Area is notable for his soundtracks on the The Virgin Suicides, Lost in Translation, Marie Antoinette, The Bling Ring and as a drummer for the French electronica duo Air. He was nominated for a BAFTA for the score of the film Lost in Translation. “We wanted the score to connect with the source music sonically,” added Reitzell. “I think that when you do that, the music as a whole — both songs and score — make for a more immersive/connective experience.” The connection is evident in the beat-heavy track, “606 In The 510,” from Reitzell’s score. The soundtrack features previously unreleased tracks from Nanosaur, Jay Casio and Reitzell, as well as two dialogue interludes set to lyrics from Notorious B.I.G.’s 1993 single “Party and Bullshit” and tracks by Wu-Tang Clan, Charles Bradley, RJD2 and Mac Dre.