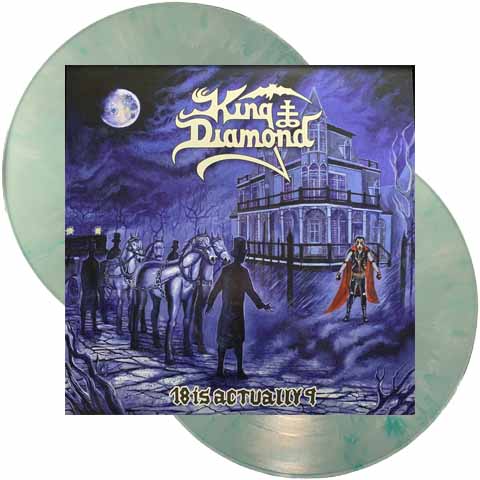 King Diamond’s first concept album Abigail received rave reviews in the metal scene, but due to touring problems guitarist Michael Denner left the band, and was replaced by Mike Moon for the album’s supporting tour. The European tour kicked off in Gothenburg, Sweden on the 19th of November 1987 and this album captures the band a few days later at the Hof Ter Lo club in Borgerhout Antwerpen in Belgium on the 24th of November. The band were the second act on a three band bill of the evening squeezed in between opening act Destruction and headliner Motorhead. It was during this tour that Lemmy repeatedly asked drummer Mikkey Dee to join his band. That however wouldnt happen until 1992 when Dee replaced Philthy Animal Taylor. Back in 1987 King had a ritual before going on stage, and maybe he still has. His ritual with a skull had to take place before King entered the stage. As the arrival of Christmas was around the corner, the last song on their setlist was of course No Presents for Christmas.