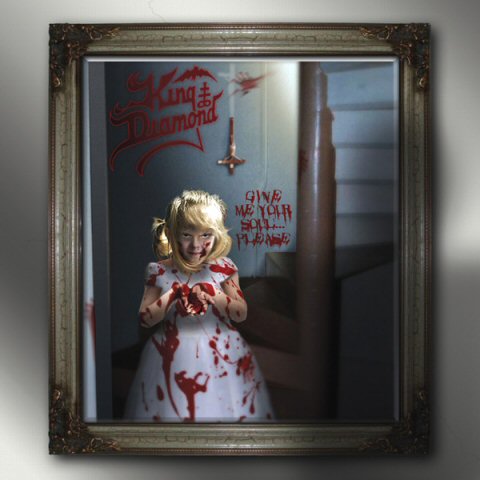 King Diamond -Give Me Your Soul Please dlp

King Diamond is well known for his fable for metaphysics and demonic stories, as well as his drive towards atmospheric horror scenarios and changing masks. King Diamond is one of the most outstanding personalities of today’s metal scene. With Mercyful Fate and King Diamond he wrote metal-history and is an important part of the scene for decades now. Since 1986 King releases frequently classical horror metal albums, which because of their outstanding storylines and musical variety are unique in the hard rocks scene. Following eleven classical albums now the twelfth album ‘Give me your soul…please’ follows this path. After a break of three years King Diamond and his long-year partner Andy La Rocque once again recorded a masterpiece, which press already now describes as one of his best albums so far and which consequently follows the tremendous foregoing album ‘The Puppetmaster’. The horror story of the new album would deserve a release as a novel and the songs leave no question unanswered. Horror metal at its very best. Long live the King!