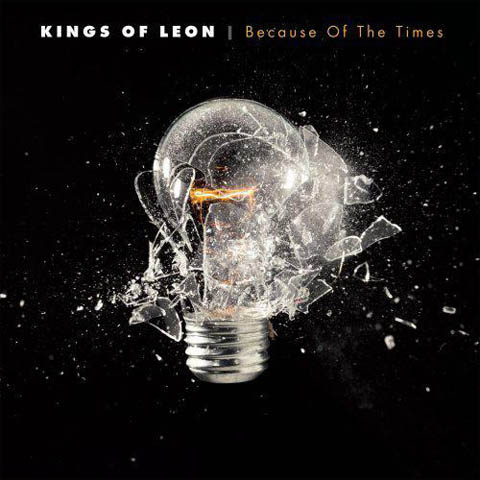 Kings Of Leon ‎–Because Of The Times cd

Aha Shake Heartbreak may have blown open the doors of fame for Kings Of Leon, but their third full-length album (named for a United Pentecostal Church ministers conference) could well usher the Nashville foursome directly to rock and roll’s zenith. There’s hardly a change in plans for the three Followill brothers and their cousin, and that means producer Ethan Johns, a smorgasbord of musical influences, and a cacophonous ensemble of guitar, bass, and drums. A trio of relentless rockers–My Party, Camaro and the sarcastic Charmer–are sure to pacify those familiar with the Kings blueprint, yet there is ripening in the band’s approach heard, in several of the record’s 13 songs. Reverb guitar and vocals and a woo woo chorus add a sinister aspect to Trunk and Knocked Up features a laissez-faire Caleb Followill crooning She don’t care what her mama said/She’s gonna have my baby. The seven-minute revelation of fatherhood that opens the album leads into the U2-influenced McFearless, a reggae-splashed Ragoo and the rambling English blues of Black Thumbnail. It’s a rogue element that has always left every record fresh, and this time it has Kings Of Leon teetering on the edge of rock renown.