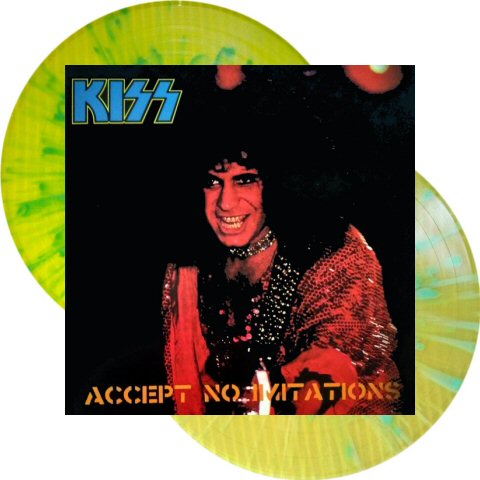 This album features the opening show from the Asylum World Tour that took place at the T.H. Barton Coliseum in Little Rock on the 29th of November 1985. The Asylum Tour wasnt particular successful and it was the first Kiss tour since the Dynasty Tour to not make it outside of North America. The tour leaned heavily on the 80s material and only four songs on the set list were from the classic 70s period; Detroit Rock City, Cold Gin, Love Gun and Rock N Roll All Night. The band rehearsed for 15 days (November 1st to November 16 with only one day off) at the S.I.R. sound stage in New York City and during this time their latest album Asylum was certified Gold by RIAA. The band wanted to promote their 80s material with this tour and they wanted to go out with a bang. The tour featured the largest Kiss logo the band has ever used, as well as one of the largest lighting rigs but unfortunately the average attendance for the show was 6200 with some of the lowest shows being played for less than 2000 people. On the 26th of November the band entered the Barton Coliseum were their new stage set up had been put together for the first time. They rehearsed their for 3 nights before the opening show took place. The opening show had Black And Blue as support act and it was seen by 7259 fans in an arean that took 10 000. To hear the first night on any tour is always special as there is several songs that are performed live for the very first time. Here we have King Of The Mountain, Uh! All Night, Any Way You Slice It and Tears Are Falling. The real treat for Kiss collectors are King Of The Mountain as it was quickly dropped from the set list