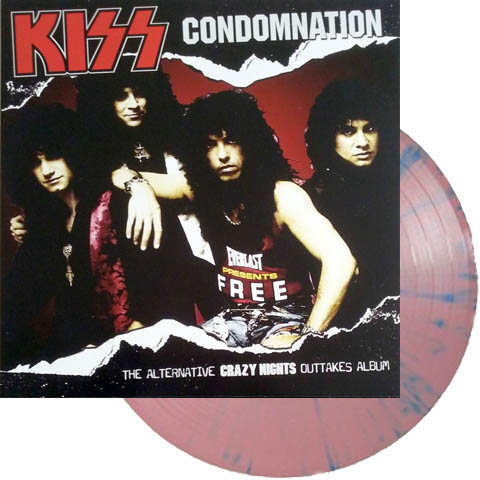 Kiss were an unfocused act in the mid 80s. Vinnie Vincent had been a bigger spark in the Kiss engine then Gene probably ever will admit. Albums like 1982’s Creatures Of The Night and 1983’s Lick It Up was the heaviest albums to date but without him they were lost once again. Asylum wasnt the big hit the band had hoped for and to try to recaptured their success of the 70s they made another misstake. Instead of trying to find their hardrock roots they looked more on what was going on around them and ventured even more into the hairmetal pop swamp with the 1987 album Crazy Nights. They hooked up with producer Ron Nevison, who had recently produced chart-topping records for Heart and Ozzy Osbourne, added keyboards and started writing tracks with the aim to score a radio hit that could get them back on track and make them compete with Bon Jovi and Def Leppard. In the short run the album gave them a British top hit single with the title track, Crazy Crazy Nights, with its pop hooks and glossy production but for the long time fan it was the final nail in the coffin. Gene and Paul were now beyond hope. The Condomnation album is an amazing release as it features outtakes from the working progress of that album and without its finally mix it gives the abum a new light