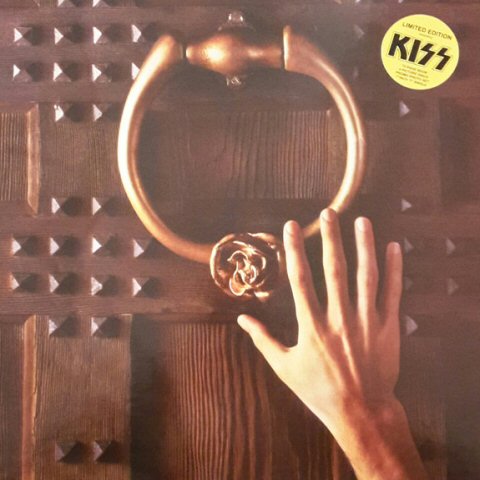 The ultimate The Elder box set features 4 picture discs (all four picture discs has the same track list), a pic disc 7″ single, a 72 page booklet and a set of 5 promo photos. Limited 100 copies

This box set feataures demos and outtakes from the Music From The Elder recording sessions. The sessions were held in Toronto, New York City and in Ace Frehleys home recording studio in Wilton between March and July of 1981. The box set also features the live performance at the Friday’s TV show at ABC Studios in Los Angeles on the 15th of January 1982. The Friday’s show was a late night Saturday Night Live type show that featured amongst others, Larry David and Michael Richards (Kramer from Seinfeld). Just like Saturday Night Live, Fridays would feature a musical artist and in one episode Kiss appeared with their new styled haircuts, purple headbands snazzy early 80s costumes and a new drummer (Eric Carr). This was a show that were confusing the general Kiss public and probably themselves. Gene and Paul must have wondered what happened as no kids we’re buying Kiss Lunch Boxes anymore. The man that shines the most on Fridays recording is Ace but at the same time Ace solos doesnt sound like the ones on the album. Take The Oath for example, comparing the album version with the one Ace would perform on Fridays seems to indicate that Ace work was replaced by Pauls. Gene And Paul are wanting to be taken serious during the Elder era while the new dude Eric seems to be just glad to be on the payroll of playing drums and not having to clean stoves for a living. Stanley and Simmons trade off some vocal lines just like the good ol daze of yesteryear when Kiss performs “I” and Carr plays some good drums. However it puts a smile on your face every time Gene sings the line “No need to get wasted” knowing that Ace Frehley is standing right beside him playing his Les Paul it not so sober condition. All in all this is one of the most beautiful Kiss boxes out there