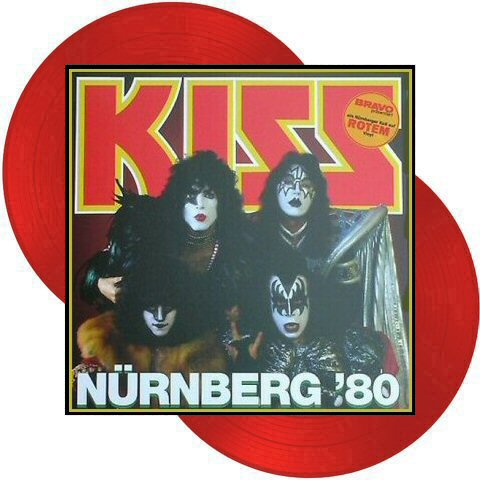 The planned 1980 European summer tour was initially announced in February 1980, though details about the dates had started leaking in late January. In the UK, Wembley dates went on sale on April 17 at a time when the band were actively negotiating a new six album contract with Phonogram. However, the whole European tour would be cancelled before the end of the month. The reason given to the press was the time-honoured “unexpected delay” excuse: “Due to the extended studio time Kiss need to complete the recording of their next album, Kiss Unmasked. The decision to postpone the tour was made by the management and the group when they realized they wouldn’t have time to record the album and rehearse their show before the tour started. However, it had also been rumoured at the time that Kiss has been re-negotiating their contract with Casablanca and was unable to do their UK and European tours as planned because of this (ongoing) label limbo situation. Additionally, adding to the problems facing the band, merchandiser Ron Boutwell had sued various parties, including AMI and Niocua Merchandising, alleging “he was wrongfully cheated out of royalty money”. The obvious conclusion is likely a combination of these various challenges along with the more immediate issues with Peter. Whatever the case, CK Lendt revealed in Kiss And Sell that Phonogram was later heavily on the hook for expenses related to the rescheduled tour. There would be a period where all of these issues were resolved, the recording of Unmasked” was completed, and ultimately Eric Carr was hired to replace Peter Criss. The album was released on May 30. The first show of the Unmasked era, and Eric’s first with the band, took place at the Palladium in New York City on July 25. Originally named the Academy of Music, the venue was where Kiss had made their professional industry debut back on New Year’s Eve 1973/4, so in some ways it was a homecoming of sorts. However this time the local press werent as excited and said that this was a band on its way out, Tonight at the Palladium, Kiss will give a single show, which is a far cry from the series of sold-out spectacles the band offered at Madison Square Garden not so long ago. This is in part a testimony to the notion that all fads must pass. (New York Times, 7/25/80). In the United States the band’s fortunes had certainly declined and the date would be the last full concert in their own country for more than two years. By the time this show took place the album had reached its high position at #35 on the Billboard album charts. Within days it would also scrape to what would have been considered paltry RIAA Gold certification (July 30, 1980). Internationally, at least, the band and management possibly saw a saviour in the stronger performance of the album. It hit #1 in Norway and New Zealand, #3 in Austria and Australia, #4 in Germany, #5 in Holland, #11 in Italy; #12 in Canada, #15 in Japan, #17 in Sweden, and #48 in the United Kingdom. Those chart positions translated into European album sales of just over 250,000 by early August 1980, and provided a glimmer of hope for the band on the continent they’d not visited since 1976. Likewise, “Shandi,” a single that had flopped at #47 in the U.S., was a top-10 hit in several markets: Norway (#4), Australia (#5, with sales of 75,000 copies), New Zealand (#6) and Austria (#10). Even though it was perceived as the best single option by Phonogram for the European markets, it struggled to gain any traction elsewhere. In Germany the single sold a respectable 52,000 copies helping it reach #28 while a follow-up, “Talk to Me,” failed to make it higher than #32 in any market other than Switzerland (#10). From those album and single positions it was clear that certain markets were worthy of exploration and exploitation. Kiss too were motivated to tour Europe, according to C.K. Lendt, because “Phonogram was especially anxious to see Kiss on the continent since they were about to commit to another six Kiss albums to the tune of $15 million. Additionally, the fact that the summer tour had been cancelled, aggravating promoters and the band’s booking agency, persuaded the band to focus on those markets. Japan had also tentatively been scheduled for a run of seven concerts during the last 10 days of October, but those were ultimately abandoned. As a result the band took their show on the road internationally and even the U.K., with its general rejection of all things Kiss to that point, was included in the itinerary and used as a base of operations. The prospects of the European tour were not economically optimistic from the onset. Tour budgets projected a loss of some $675,000. When revised, with dates in Lisbon being cut and staffing being reduced, the loss was still expected to be somewhere near $474,000. Playing to half-filled venues across Europe, in many cases much smaller than their American counterparts, must have been depressing following years of excess in their homeland and reminiscent of the less than spectacular debut on the continent in 1976. Economically, the band also failed to sell merchandise, and in the case of Italy no merchandise was even on-hand for sale. The band also threw themselves off a cliff into financial oblivion with uncontrolled spending during the tour continuing to live the rock ‘n’ roll lifestyle to which they’d become accustomed. Just the hotel bill for one week in London was $70,000. The band had the new and upcoming metal act Iron Maiden as opening act for the European dates and this album was recorded on the 11th of September 1980 at teh Messehalle in Nurnberg, Germany. Little would Kiss and the visitors at these show known that this was to be Ace Frehley’s last shows performed with the band (until the 1996 reunion).