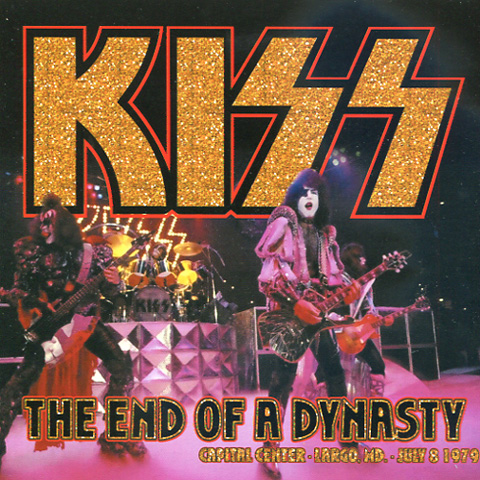 Planning for the “Return of KISS” tour had commenced in November 1978 with two primary, and quite reasonable, albeit obvious, objectives: 1) Make money; and 2) Take the most spectacular show ever seen on the road. Within the context of KISS, neither of those objectives were particularly shocking or interesting. It was essentially what the band had been doing since 1974. However, after the break taken in 1978 for the TV movie and solo albums the band knew that it was time to get back on the road. Even at that early stage the band’s concert entry had been considered: “coming out of the stage as opposed to walking onstage… [And] the band should be in action as soon as the audience has the first view of the band in the opening of set”. This evolved into the band rising from below the stage via an elevator mechanism. It was also hoped that the band could do four shows per week with at least one multiple engagement stop. This layover would cut down on the transportation and staging (setup and stage strike) costs resulting in more cash flowing into the bottom line. So the Dynasty tour (with New England as support act) started in June of 1979 and it was a mammoth 80-date arena tour, which, with a reported production cost of $2.2 million, not including salaries, is the biggest such musical show on record. The tour began on Father’s Day and is expected to run until about Christmas. Sources say it is doubtful if the hand recovers its investment before the fall” (Billboard, 8/11/79). As shows began to be cancelled it was clear that even a successful tour would have a difficult time breaking even with staffing and hotel bills in excess of $30,000 per week. Why were so many shows cancelled? According to Gene, “Gas. Arabs. Carter. America. I mean, I don’t have to go into explaining the way things are. If there’s no gas, you can’t go to a concert that’s 30 miles out of town. We could have waited six months until there was gas. We don’t have to tour; we have enough money to buy Argentina, but that’s not exciting, and it’s not exciting to play it safe. People tell us, don’t release four solo albums, wait until the gas crisis is over, don’t spend $1 million on a stage, but we did it”. Early on during the tour Gene was admitting the challenges: “The tour has gotten off to a little bit of a slow start because we’re not sure yet about the effects. It’s like anything else when you’re away for two years; it takes a while to get back into it. But these Capitol Centre shows were numbers eight and nine (this album was recorded the second night at Capitol Centre, 8th of July 1979), and I think we’re getting around once again to being the spectacle of the century, the veritable greatest show on earth. I’m not humble or anything, I think we’ll blow anybody off”. 36 shows from the tour grossed an average $100,000 per show with 382,911 of 478,055 tickets sold, or roughly 82%. From that perspective the tour wasn’t a failure in terms of attendance; however the high production, staging, and running costs, multiple cancelled dates, abandoned effects, national economics, etc, had the opposite effect. What was clear was there was a step-down from the 1977-8 touring years and that KISS had over-estimated the drawing power of their “Return.” By the time the band came off the road the true cost of the tour was yet to be realized with the departure of Peter Criss. He had simply deteriorated during the tour, and while things would not come to a head until the following year the damage had been done.