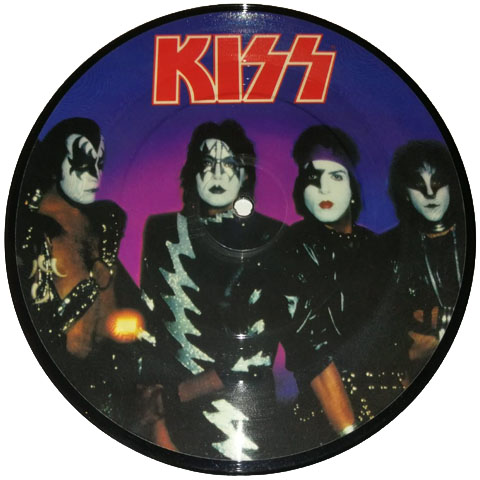 By the end of 1980, Kiss knew that their next album had to be a strong one — a glorious return to hard rock à la their classic Destroyer. New drummer Eric Carr had refueled the band’s desire to rock, and the quartet began working on a straight-ahead rock album in early 1981. Midway through, the band felt that they were rewriting past songs, and the sessions were aborted. Gene Simmons and Paul Stanley then came up with the idea of recording a concept album, based on a mythical original story by Simmons. Destroyer producer Bob Ezrin was back and encouraged the band’s concept album idea (against both Ace Frehley’s and Carr’s wishes). The result was The Elder were the band performed music that was so totally uncharacteristic of Kiss that it was a massive failure upon its release. The track A World Without Heroes was released as a single. It was originally titled Every Little Bit Of Your Heart but the lyrics were changed in order to fit the concept of the album, which Lou Reed contributed the line “A world without heroes, is like a world without sun” to the lyrics. The single reached #56 in the U.S. and #55 in the UK. B-side of the single was Mr.Blackwell that also cound be found on The Elder album