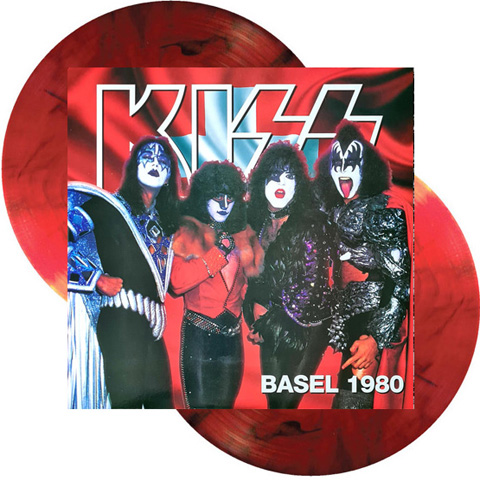 By the end of they Dynasty Tour, the Kiss Empire was eroding quickly. Between Ace’s and Peter’s drinking problems (among other things), the band was at an all time low. During an interview on October 31, 1979 on the Tom Snyder Show, Ace was totally hammered and you could see the faces of Gene and Paul and they did not look altogether happy. Pissed is a probably a good word for it. And let us not forget Peter during the Tour. By the end, he would make so many screw-ups and some times would simply stop playing. Gene and Paul had had enough and so had Peter. When 1980 rolls around, the band had to make the album Unmaksed nd this would become the first album without all four members of the band. Peter did not play on the album at all and there are no Peter sung songs, but he was credited to play and he was on the cover as Kiss wanted to keep the illusion going the band was fine for as long as they could. Who handled the drumming, well that would’ve been Anton Fig. Unmasked was the first album since Dressed To Kill to not go Platinum. The album came out on May 20, 1980 and only hit #35 on the Billboard charts in the US and Kiss were no longer the Kings of the U.S. market. The planned European summer tour was initially announced in February 1980, though details about the dates had started leaking in late January. However, the whole European tour would be cancelled before the end of the month. Eric Carr was hired to replace Peter Criss and the first show could finally take place at the Palladium in New York City on July 25. Local press noted that there could be a perception that the venue was a major step down for the band, Tonight at the Palladium, KISS will give a single show, which is a far cry from the series of sold-out spectacles the band offered at Madison Square Garden not so long ago. This is in part a testimony to the notion that all fads must pass. The album dropped of the charts in Usa soon but did good in the rest of the world and the band abonded Usa and set up a European and Australian tour for the autumn of 1980. Kiss were motivated to tour Europe but they would be playing to half-filled venues across Europe, in many cases much smaller than their American counterparts. All this must have been depressing following years of excess in their homeland and the band also failed to sell merchandise, and in the case of Italy no merchandise was even on-hand for sale. Most live material that has been circulated from this tour has been from Australia which was the only country where the album had been a hit, but here comes a newly discovered show from the European Unmasked 1980 tour, This is a great audience recording of the complete show from St.Jakobshalle in Basel, Switzerland on the 28th of September 1980. This is an amazing find and sure there might be some signs that Ace is on its way out of the band for those who want to dwell deeper into this recording but we also find a band that gives it all as they want to show the world that they can suvive and even be a better band with their new line-up.