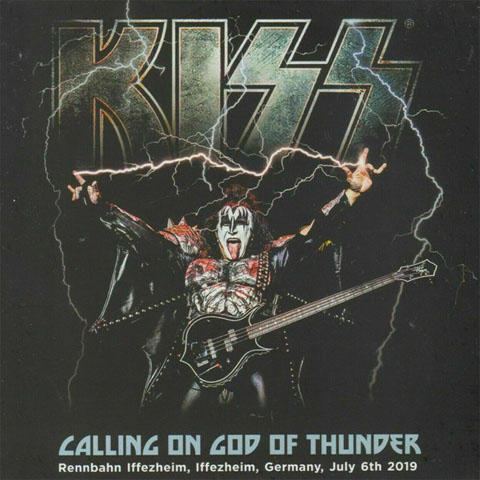 Cd and dvd in a tri-folded digipak cover

Known for their trademark larger-than-life blistering performances, Kiss has proven for decades why they are hands down the most iconic live show in rock n roll. The Rock And Roll Hall Of Famers, who have sold more than 100 million albums worldwide, have said that The End Of The Road tour is devoted to the millions of KISS Army fans. All that we have built and all that we have conquered over the past four decades could never have happened without the millions of people worldwide who’ve filled clubs, arenas and stadiums over those years. This will be the ultimate celebration for those who’ve seen us and a last chance for those who haven’t. Kiss Army, we’re saying goodbye on our final tour with our biggest show yet and we’ll go out the same way we came in… Unapologetic and Unstoppable, said KISS. This cd features the gig at Reenbahn Iffezheim in Germany on the 6th of July 2019. This was a special night in Kiss history as due to thunderstorms, this show was stopped 45 minute into the show, with Paul announcing that the band had been asked to stop. Some 30-minutes later the promoter announced that the 14 000 attendees should return to their vehicles. This marked the first time a Kiss show had been cancelled while in progress. A press release was issued the following morning, stating: Due to an immediate [threat of] and acute bad weather situation, the concert with Kiss had to be interrupted on July 6, 2019 at the racecourse Iffezheim… Because of the acute danger posed by the storm, the continuation of the concert was not possible, and it was finally officially canceled. Due to the short playing time we get a bonus dvd with a complete show from VTB Arena in Moscow, Russia on the 13th of June 2019. Kiss in Russia is always special as the band never made it over there until 2008 and this show at the VTB Arena were only the bands 5th ever show n the country…and if Kiss is true to their announcement its also their last.