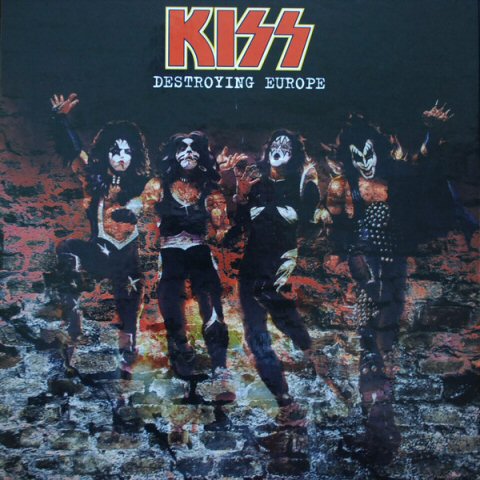 Manchester 13th of May 1976
This was the bands first ever UK show at the Free Trade Hall in Manchester, England. The sold out show a, over 2500 people, was the beginning of KISS’ first European tour. In addition to shows in England, KISS performed in France, the Netherlands, Switzerland, Sweden, Denmark, Belgium and Germany where the Scorpions were the opening act. Kiss wrapped up the tour with a final show on June 6th in Harelbeke, Belgium. Gene Simmons recalls his first visit to England: On the way over to our first English tour, I was struck by the notion that this was the Land Of The Beatles. To me, the English Kings and Queens never meant anything. I have always looked at it as an archaic and rather silly posturing about past glories. But as cultural oddities, I suppose it had its own innocence. Still, I was nervous to set foot on Holy Ground. We got off the jet in full makeup and the photographers were waiting for us. We came through customs and jumped on street cars at the airport for photo ops. I was aware it was drizzly and grey. I was hoping that would change in the next few days to sunshine. It didn’t. We had a female chaperone/record company person with us. And, she showed us the sites. I thought the least I could do was return the favour. I did. We visited the Palace and posed with street Bobbies (the English police) and were soon to hit the stage in front of an English audience. Would they like us? Truth was, we never thought much about it. We had a job to do and that was to punish the audience. They had, for too long, stood still for sub par live bands. It was our job to show them that there was at least one band who had the balls to introduce themselves with: You wanted the best, youve got the best.. the hottest band in the land, Kiss.

Amsterdam 23rd of May 1976
Kiss first European tour consisted of a 17 concert run where many of the dates were in small theaters and were almost like a step back considering the band’s status in America. This show opens with the devastating Deuce and Strutter combination. One of the highlights of this tour was the addition of the rarely played Flamming Youth from the Destroyer record, it was assumed to be played on the Canadian tour that preceded the European tour and a select few of the American summer dates so having another version in the collection in quite welcome. Hotter Than Hell is paired with Firehouse and the audience cheers loudly at the songs conclusion in obvious appreciation for Gene’s fire breathing skills. Ace’s playing during She is excellent, he nails the chord changes just prior to his solo with perfection. The band do a superb version of 100,000 Years yet Peter’s drum solo is just average. Black Diamond ends the main set and the audience waste no time in chanting “We want more…we want more…”, they would not have to wait long. Detroit Rock City starts the encores in strong fashion and the band play a confident version of the song. The obligatory Rock And Roll All Nite follows and a rousing version of Let Me Go, Rock And Roll finish the gig.