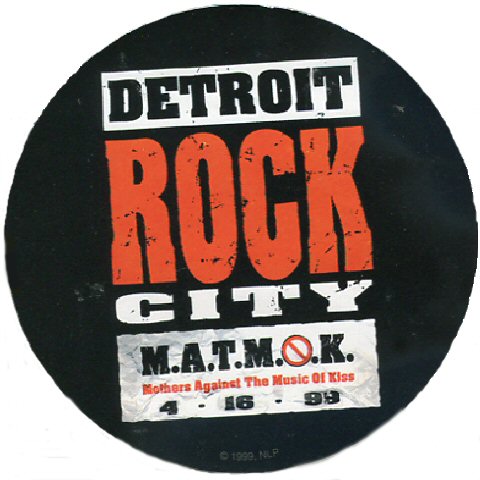 Picture the 1970s. Polyester’s last stand. Amid the boogie knights and dancing queens are four headbangers whose idea of “living happily ever after” means embarking on a cross-country trip to see the loudest and weirdest rock band since “Spinal Tap”: KISS. Lead singer Gene Simmons has produced a film on that premise — “Detroit Rock City”. The Detroit Rock City movie was released by New Line Cinema on the 13th of August 1999. However it was originally planned to be released on the 16th of April 1999 but a press release dated the 10th of February read

“Detroit Rock City” Movie Postponed
The release of Detroit Rock City has been postponed till mid-August, which was, ironically, the month the KISS movie was originally intended to come out, before it was fast-tracked into production to get it out in April. But as it turned out, there simply wasn’t enough time to get the film marketed properly and its soundtrack put together in time. The extra time “will give us more time to promote it,” says DRC associate producer TIM SULLIVAN. “We had a strong test screening Monday night and New Line is very pleased with the film,” he says, noting that the four extra months will benefit the soundtrack and enable them to get a trailer into theatres during the busy May-July movie season.

This promotional sticker for the movie was made by New Line Promotions in 1999 meaning that it have to have been made in January as the planned release date of 16th of April, that are mentioned on this sticker, was scrapped just a month later. My guess is that not many of these stickers actually managed to be handed out before the movie was postponed and the stickers were thrown away and reprinted with a new date. So probably a very rare American promotional sticker. Size approx 10 x 10 cm