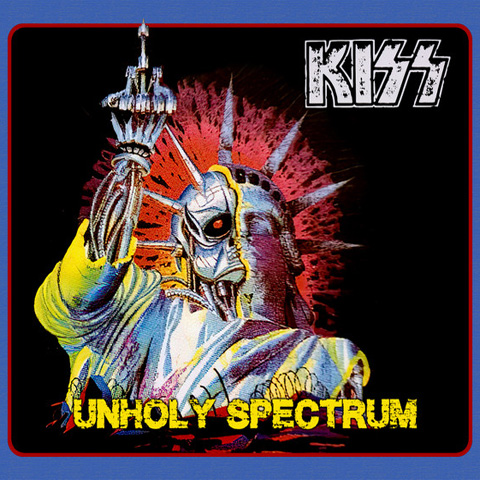 This double album captures Faster Pussycat and Kiss at the Spectrum in Philadelphia on October 10th in 1992. Faster Pssycat and Trixter were opening up for Kiss on their Revenge tour. There probably arent a band that epitomizes Hollywood sleaze more than Faster Pussycat. Countless bands adopted their look and demeanor in order to try and ride the Hollywood wave to success. Most of them failed. For those bands it was a costume…an act. For Faster Pussycat it was a way of life. In 1992 the band released the album Whipped and the shows with Kiss were part of the Pussy-Whipped Tour a tour that would be hard to handle for the members of the band who decided to break up after the tour was over. For Kiss it was the first tour with drummer Eric Singer, who had replaced Eric Carr who died of cancer on November 24, 1991. Singer had previously performed with Paul Stanley’s solo tour and was seen as a natural choice according to Gene Simmons. For the North American arena tour, the stage featured a giant 41-foot high replica of the Statue of Liberty in front of a large Kiss logo wall. Halfway through the show during War Machine, the statue’s face crumbled to reveal its skull. Afterward, its right arm and torch crumbled down before its skeleton hand gave the finger, which some audiences took personally. The shows would also include strippers during the song Take It Off. They promised to play loud, and they promised to play long. The three bands who rocked Spectrum kept both promises, delighting the sold-out crowd with nearly four hours of spirited, headache-inducing rock ‘n’ roll. Kiss, the veterans of the bill, played more than 20 songs, pulling out classic anthems from the past and sprinkling in a few tunes from their latest albums, Hot In The Shade and Revenge. The band offered enough glamour and glitz to make you doubt their sincerity but backed it up with real rock n roll that passed as spontaneous. It would be unkind to say the highlight was the impressive stage and pyrotechnic displays, but both were captivating. A 44-foot wide sphinx served as a backdrop for the stage. It not only beamed lasers from its eyes and mouth, it talked to the crowd and bopped with the rhythm.