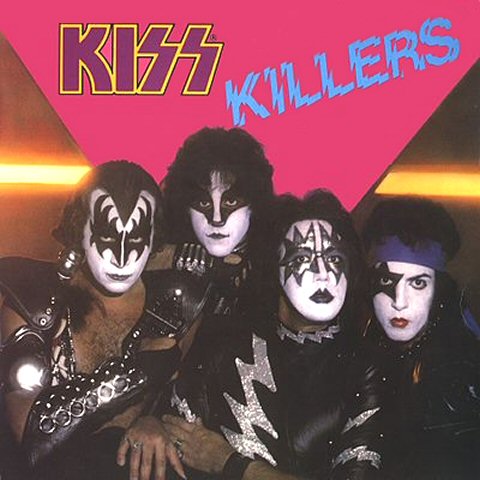 1981’s The Elder was such a bomb worldwide that Kiss’ record company outside the U.S., Casablanca/Phonogram, demanded that the band immediately assemble another greatest-hits package to prove to their befuddled fans that they were still a heavy metal group, not experimental prog rockers. Since a greatest-hits set was issued just four years prior in the form of the double LP Double Platinum, the band decided to include four brand-new tracks along with some hits, under the title of Killers (a single album). The new tracks (“I’m a Legend Tonight,” “Down on Your Knees,” “Nowhere to Run,” “Partners in Crime”) resembled the Kiss of old more than anything the band had released for a few years by this point (again, guitarist Bob “Alive II” Kulick subs for Ace Frehley). The only hits on Killers that hadn’t already appeared on Double Platinum were “I Was Made for Loving You,” “Sure Know Something,” and “Rock and Roll All Nite (Live)”; the rest were repeats (“Love Gun,” “Detroit Rock City,” “God of Thunder,” “Cold Gin,” and “Shout It out Loud”). Killers didn’t accomplish what the record company hoped it would — re-establishing Kiss as chart-toppers — but it did show their fans outside the U.S. that the band meant business again.