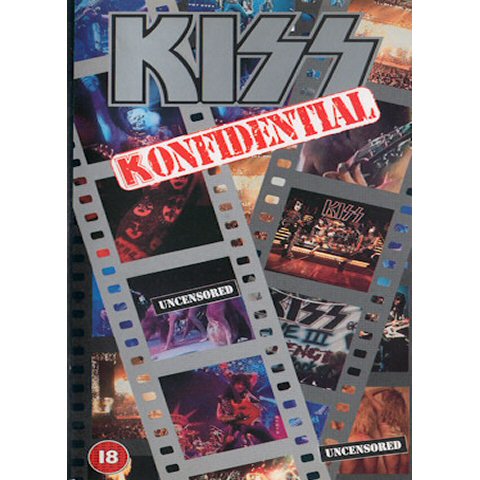 Kiss stated in the press that they were reborn and re-focused with their inspired 1992 release Revenge, in which the quartet finally dropped their ’80s pop-metal and got back to their heavy metal roots of the ’70s. The ensuing tour saw the band reach deep back into their catalogue, playing songs they hadn’t performed on stage in years. And while the 1993 concert home video Konfidential doesn’t feature many of these uncommon tracks, all of the hits are present, as Simmons and Stanley perform alongside lead guitarist Bruce Kulick and new drummer Eric Singer (the first and last time this line-up would tour behind a new studio album). Such unmasked-era faves as “Lick It Up,” “Heaven’s on Fire,” and “Unholy” are performed alongside the grease-paint classics “Deuce,” “Creatures of the Night,” and “I Love It Loud.” Added in the middle is a quartet of archival performances from the original Kiss lineup: “100,000 Years,” “Nothin’ to Lose,” “Hotter Than Hell,” and “Let Me Go Rock N’ Roll,” the latter including a hilarious clip of Simmons flubbing the words at the beginning. While there’s no denying that the original Kiss lineup was the best, this early-’90s version was just as good (if not better) than the majority of other heavy metal bands at the time, as proven on Konfidential.