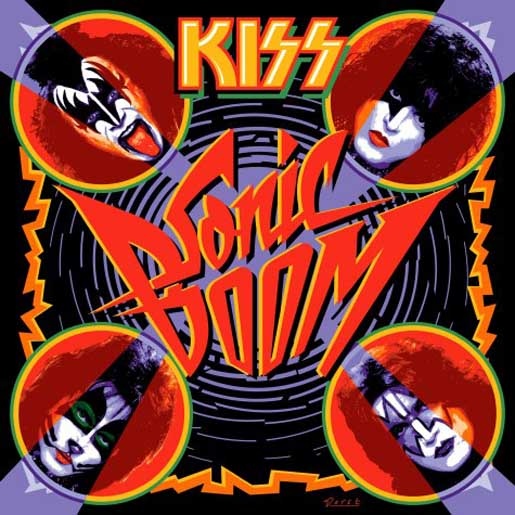 In the 11 years since their last album, the big and bloated Psycho Circus, the reunited, original, make-up wearing Kiss split once again when Ace Frehley and Peter Criss hit the door. In a shocking move that disgusted Kiss purists, remaining members Paul Stanley and Gene Simmons decided that Ace and Peter’s characters were up for grabs, and handed the make-up over to their new guitar-playing spaceman, Tommy Thayer, and their catman 2.0, Eric Singer, for subsequent tours. It was hardly the first time Paul and Gene were painted as an anything-for-a-buck duo they’ve licensed everything from Kiss action figures to Kiss caskets after all but maybe, just maybe, it was a sincere move after all, one designed to please fans. Unlike Psycho Circus with Ace and Peter, Sonic Boom with Tommy and Eric captures the spirit of the original group through simple, unashamedly macho songs that could have appeared on any of their pre-Destroyer albums. Besides the underlying feeling that there’s a bit more smirking than before, there’s little sign the original duo have matured, which is good news, but the old-school idea of one song for the spaceman (When Lightning Strikes) and one for the cat (All for the Glory) should’ve been dropped, as both slow down the proceedings, plus Eric’s number sings of We’re all for one and we’re all for the glory with absolutely no sense of irony. No one will be turned on to the band by Sonic Boom, and all the usual criticisms dumb, sexist, gaudy, and dumb apply, but the Kiss Army have waited over two decades for something this solid and fun. Pretend this is the back-to-basics follow up to Love Gun, and those 20 years of so-so albums fade away. Classic and maybe even a little awesome, Sonic Boom makes that hottest band in the world tag much easier to swallow.