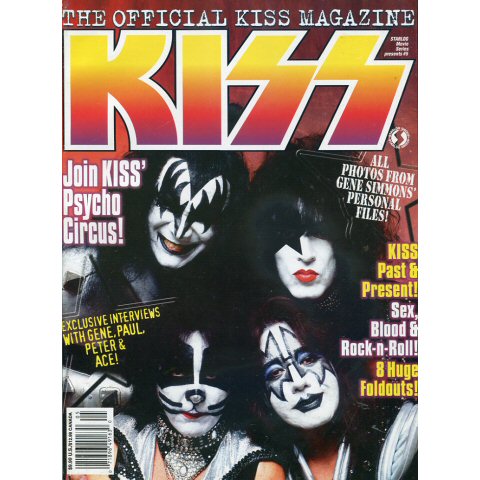 Starlog was a monthly science fiction magazine created in 1976 and focused primarily on Star Trek at its inception. Kerry O’Quinn and Norman Jacobs were its creators and it was published by Starlog Group, Inc. in August 1976. Starlog was one of the first publications to report on the development of the first Star Wars movie, and it followed the development of what was to eventually become Star Trek: The Motion Picture (1979). The primary focus of the magazine, besides the fact that it was mostly based on Star Trek fandom, was the making of science fiction media – books, films, and television series – and the work that went into these creations. The magazine examined the form of science fiction and used interviews and features with artists and writers as its foundation. The magazine went into bankruptcy in April of 2009 after 33 years and 374 issues.

This special side run of Starlog was called Starlog Movie Presents and its fifth issue, released in 1998, was made in co-operation with Gene Simmons and it features 100 pages written in English and its all dedicated to Kiss both new and old. The magazine comes with many exclusive photos from Gene Simmons personal files as well as 6 poster foldouts