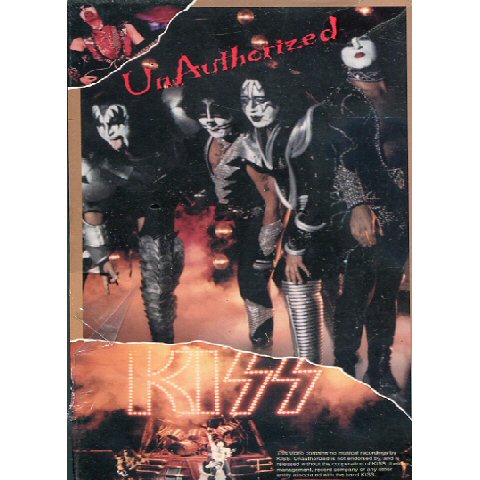 Kiss Unathorized is a cool retrospect of the band for the fans, by the fans. Kiss is shown throughout the dvd in concert footage, still photos, record store signings and interview footage. The highlights of the dvd are seeing Kiss in 1993, Ace Frehley, Peter Criss and Eric Carr (with the honor being presented to Erics parents) being inducted into the Rock walk of fame. Then receiving a Hollywood Star in 1998, plus Gene and Paul’s Rockers Against Drugs commercials from the 1980’s. It includes early backstage interview footage from the 1983 Creatures Of the Night Tour plus rare on-the-road footage of the band with over 100 never-before-published photos. The best thing about this dvd is that it doesn’t just concentrate only on the original band, It features all members in one form or another. For an ‘Unauthorized’ released, I must say it’s worth for diehard Kiss fans to pick up. This was first released on vhs back in 2000 by MVD Visual and then re-released on dvd in 2001 with some bonus footage from 1983