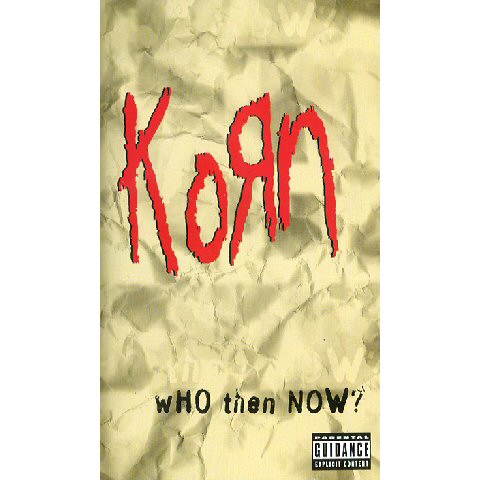 Musical promo videos do not get any better than the ones Korn has here on Who Then Now. The video is basically a 45 minute long interview / documentary on the making of Life Is Peachy, which is for many their favourite Korn album of all time. Who Then Now probes into the personalities of all the members of Korn. The studio scenes with Jon show how much effort and emotion he put into that album. Who Then Now? also includes four music videos: “Blind” “Shoots And Ladders” “Clown” and the un-released and uncut “Faget.” The videos are the same edited versions you see on MTV, but they are the great Korn videos themselves. Another high-point of this video was the part where they brought in Chino Moreno of the Deftones to cover Ice Cube’s “Wicked,” which still makes me sad that Korn and ‘Tones relationship is practically dead. The rest of this video is basically drinking Coors Light and spitting beer nuts at each other, typical Korn fashion, you know. You cannot call yourself a Korn fan and not have this. This is a necessity to every Korn fan out there. I urge you to buy this.