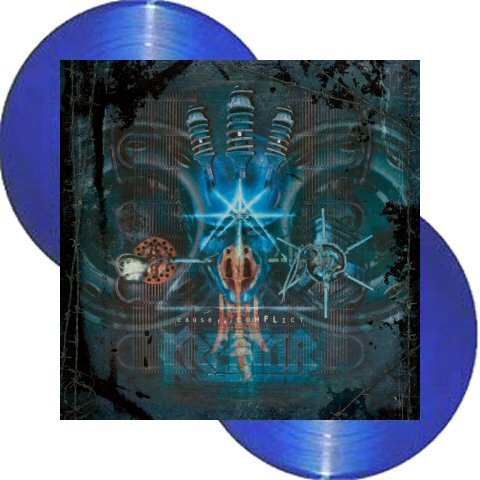 Kreator -Cause For Conflict dlp [blue]

Cause for Conflict may just qualify as the most confused and perplexing album of Kreator’s long career — it’s certainly one of the least popular. The band’s previous effort, 1992’s industrial-tinged Renewal, had not been well-received by the majority of fans and critics, and its mixed fortunes also led to serious dissent within the group’s ranks, culminating in the departure of bassist Rob Fioretti and drummer Jürgen “Ventor” Reil — both of whom had been with the band almost since its inception. Reeling from this development, as well as heavy metal’s general unpopularity at the time, three years would pass before Kreator main man Mille Petrozza found it in himself to make another go of it. Therefore, not only did 1995’s troubled Cause for Conflict require the breaking in of a new lineup, it also found Petrozza at a creative crossroads, attempting to reconcile recent experiments with the very popular, yet more limited speed metal glories of old. But for all of their instant familiarity, jagged, old-school thrashers like “Hate Inside Your Head” and the furious burst of “Bomb Threat” seem forced and unconvincing, as if the band recorded them under duress to appease the fans, but didn’t really “feel” it for themselves. On the other hand, slower, more ambitious compositions like “Lost” and the nine-minute “Isolation,” with their greater use of melody and riffing dynamics, have aged quite well. Despite possessing little in common with Kreator’s past legacy, these songs would nevertheless establish the sonic aesthetic, which the group would pursue with greater confidence and conviction for the rest of the ’90s, albeit still with controversial results.