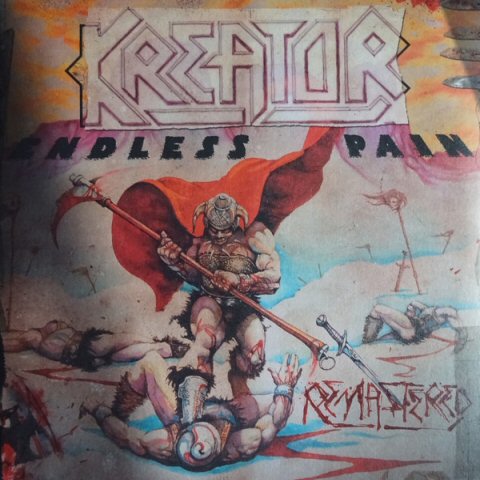 2019 edition in digipak with 6 bonus tracks

Kreator would eventually become one of the dominant European thrash outfits of the late ’80s, but their 1985 debut, Endless Pain, wasn’t much more than a musical starting point from which the band sorely needed to grow. Promising moments during numbers like “Total Death,” “Storm of the Beast,” and “Living in Fear” hint at the group’s eventual development into hard music pioneers. Putting all the pieces together into a single cohesive track — much less a full-length record — was a skill the German act had yet to acquire. This release is hardly an embarrassment, and it should satisfy any fan of the group looking to complete his or her collection, but new listeners searching for Kreator’s best ’80s material are encouraged to check out the follow-up, Pleasure to Kill, or the exquisite Terrible Certainty before considering Endless Pain.