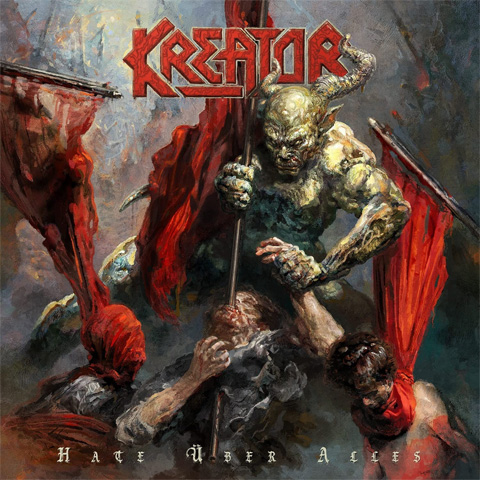 2022 release. World renowned extreme Metal titans Kreator are back. Five years after their incredibly successful Gods Of Violence (2017), the genre-defining band presents their most political effort to date. Hate Uber Alles is a bold statement against hate and the division of society in today’s world. Hate Über Alles features 11 tracks that once again show who’s boss in this game that many begin but only few ultimately last in. The crushing frenzy of the title track, the pounding Strongest Of The Strong featuring world famous vegan strongman Patrik Baboumian, the nostalgia of Become Immortal or the extravaganza of Midnight Sun make the band’s 14th album their most diverse and thrilling so far.