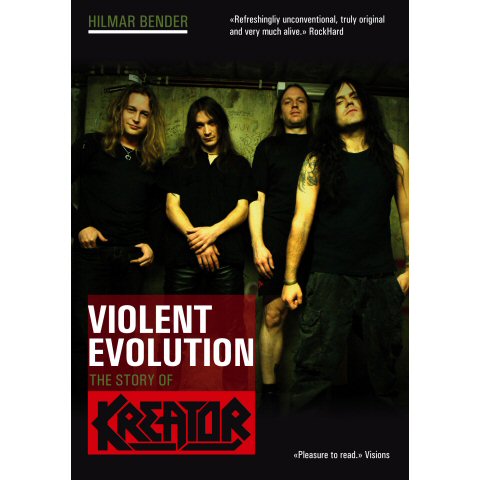 Published by: U Books 2013
219 pages written in English
Written by: Hilmar Bender

Violent Evolution tells the story of Kreator – the titans of teutonic thrash – from the coal-mining town of Essen, Germany. It is the story of a group of bored teenagers who brought the brutality of everyday life into the rehearsal room. They let their hair grow, formed a band and landed a record deal before they had even reached twenty. Drawing on exclusive interviews with the band’s members (both past and present), family, producers, filmmakers and crew, Violent Evolution explores the band’s remarkable rise from formative years to spectacular success, headlining the greatest open-air stages on the planet. This is their story, from the start to today; from Kindergarten (literally) to rulers of the Thrash Kingdom. An exciting chronicle of one of the most important thrash metal bands in the world.