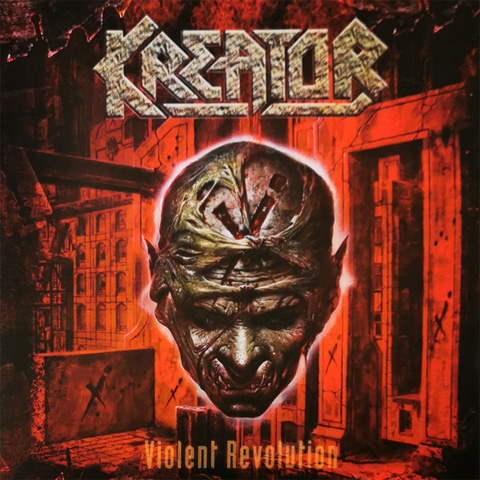 Double album on black vinyls with gatefold cover and printed innersleeve and the complete album on cd.

One of the legendary thrash bands of the ’80s, Kreator is back in fine fashion with Violent Revolution. So strong is the album that it not only reclaims their previous glory, but even sets about to show a bit of one-upmanship on it. The album utilizes much of Kreator’s earlier musical leanings while moving the group forward into a new age. In fact, in many ways it seems as if Kreator has taken lessons from recent releases that, while experimenting with new styles, left the band’s old ways somewhat forgotten. By combining those experimental ideas with the old character, Kreator has basically reinvented itself. What you have is something that should please all of Kreator’s old-time fans who may have felt a bit disenfranchised by the band’s later works, while still creating a fresh sound.