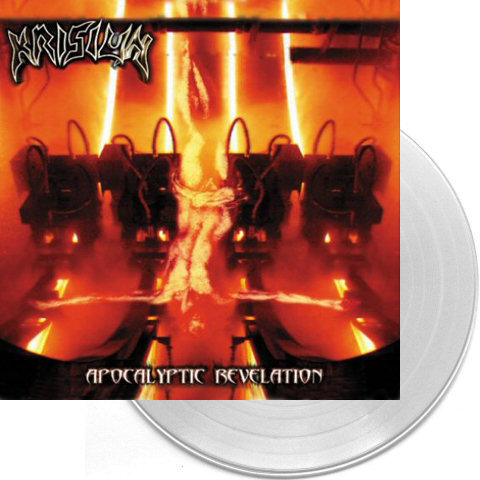 Krisiuns second album of obsessively fast extreme death metal offers everything listeners have come to expect from the band: warp-speed drumming, crazed guitar solos, guttural vocals, and relentlessly heavy riffs. Compared to their previous album, Black Force Domain, the production here is better, and there is a little bit more variety in the material (relatively speaking) — “March of the Black Hordes,” an instrumental, actually does follow a marching rhythm for about half of its duration, offering a contrast to the furious blasting that otherwise dominates. Also noteworthy is “Kings of Killing,” which sounds like a down-tuned, twice-as-fast version of Reign in Blood-era Slayer. As for that track’s title, there’s little doubt that not only are the bandmembers referring to themselves, but that they’re being totally sincere. Some folks may find this utter sincerity to be grounds for ridicule, but when playing this type of barbaric music, it’s really an essential quality, and along with their awe-inspiring musicianship and sheer physical stamina, it’s what makes Krisiun great at what they do. Newcomers may want to start out with the subsequent Conquerors of Armageddon, but this album is nearly as well done.