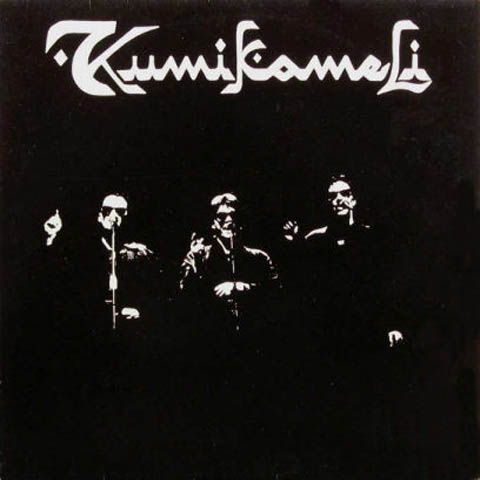 Kumikameli (The Rubber Camel) was founded back in 1986 during a night of heavy drinking. They gathered money themselves to pay for some studio time and recorded an album that they offered to different labels for publication. However all labels turned it down because they saw it as a bad investment. However the band did some over-the-top live performances with mandolin, banjo, accordion and keyboards that finally draw the attention of Kari Hynninen from Discophon / Kerberos who signed the band and released the self titled album in 1988. The debut album is mostly keyboard based strange music with humorous Finnish lyrics. The album didnt do well and the band were dropped but soon picked up by a new label who released the Nahkasuiden Paluu (The Return Of The Leather Skins) a year later.