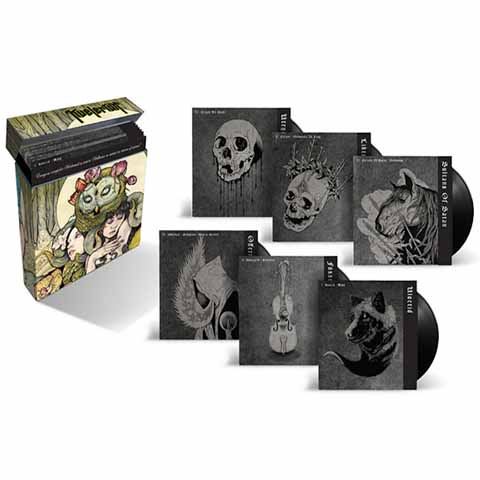 Kvelertak shamelessly draw inspiration from every corner of music that fits into their idea of what good hard-hitting and catchy rock n roll is. Regardless of genre classification, the basic idea of the band is to perform great songs with the tongue-in-cheek attitude of the punk-rock pioneers they admire. Kvelertak are already well known in Norway for their furious live energy and catchy, melodic, metal-inspired punk rock, but outside of Norway they are fairly unknown…until now. It might be an overused cliche, but in this case, the phrase breathing fresh air into the scene truly applies. With the release of their much anticipated self-titled debut album, Kvelertak bring a genre bending and mind warping take on what both metal and punk rock can be. Recommended for fans of Converge, At The Drive-In, Turbonegro, The Refused, Kylesa, Baroness, Murder City Devils and rock n roll.