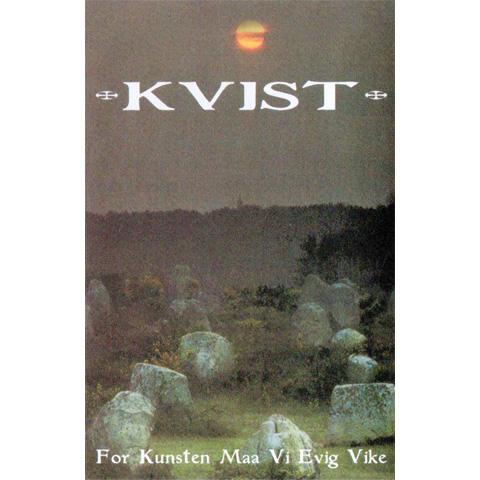 This release from 1995 by Norway’s Kvist stands as an underground classic, and is now widely regarded as one of the finest examples of the symphonic black metal genre. Cold and uncompromising, Kvist offers black metal loosely in the style of early Satyricon, Emperor and even perhaps Dimmu Borgir , yet still maintaining their own distinctive sound and edge. ‘For Kunsten Maa Vi Evig Vike’ is a storm of melodic and atmospheric black metal, containing 6 stunning epics of dark cold atmosphere, with lyrics written in the band’s native Norwegian only heightening the feel of the album. Kvist only released this one album before the band split up, marking it as a true cult release, with members later going on to join acts such as Urgehal.