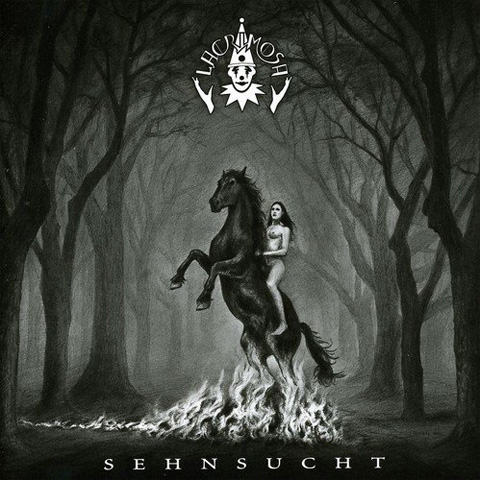 Lacrimosa’s tenth album, Sehnsucht, consists of 10 tracks and it opens with Die Sehnsucht In Mir, which is the longest track too with over eight minutes. Right from the start you can realize the typical sound of Lacrimosa, characterized by powerful orchestral compositions, romantic themes and the dominant voice of the singer. However singer and producer Tilo Wolff wanted to create an album that was less conceptual and more spontaneous than the previous releases. Therefore, Sehnsucht features a great variability of musical expressions like a sarcastic track Feuer and the tender song Call Me With The Voice Of Love. The lyrics are partly in German and partly in English, most tracks are sang by Wolff, one song is sang by Anne Nurmi, the female part of Lacrimosa. The cover artwork shows a horse with a naked woman over fire in a wood, like usual, when it comes to Larimosa, in black and white.