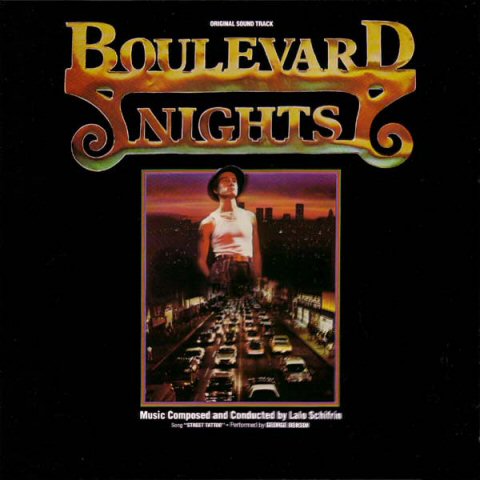 Reduced price due to cut out and a bent mark

The Boulevard Nights soundtrack was composed by legendary jazz pianist, composer, arranger and conductor, Lalo Schifrin. Schifrin is best known for his jazzy scores to films like Bullitt and the Dirty Harry series, but probably best known for his “Theme from Mission: Impossible.” Lalo Schifrin emerged as a big-band leader in the mid-’50s, collaborating with the likes of Dizzy Gillespie and Xavier Cugat before beginning to score films in the mid-’60s. His iconic theme to TV’s Mission: Impossible was first broadcast in 1966. The Boulevard Nights soundtrack also features “Street Tattoo,” with a vocal by George Benson. Boulevard Nights portrays the dangers of street violence with a focus on life in a gang. Richard Yniguez plays a young Chicano who tries to get out of the gang, but he keeps finding himself drawn back into it. Michael Pressman directed the film.