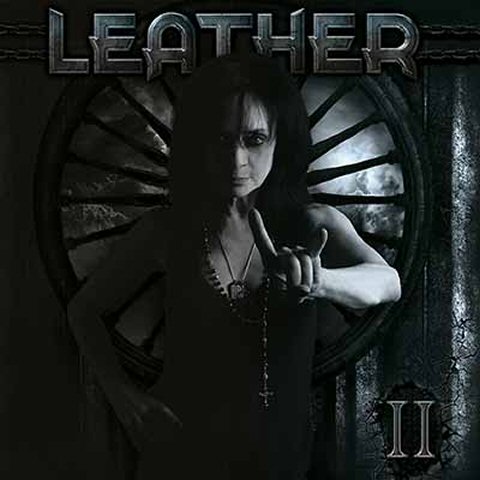 Without the shadow of a doubt Leather Leone is one of the most legendary female heavy metal vocalists of all time. She began her singing career by joining up with guitar wunderkind David T. Chastain. Chastain’s 1985 album Mystery Of Illusion is an all-time metal classic. Not least thanks to Leather’s outstanding vocal performance on the record. In 1989, Leather released her first solo effort called Shock Waves through David Chastain’s own Leviathan Records label. A mere 29 years later she is presenting her follow up album simply enough called Leather II. “I have never thought of Leather II as a follow up,” Leone opens the conversation. “That was so long ago, and I was so not in touch with life as I am now. I have been with this record from a simple conversation with the band in Colombia to now. The experience of that is extremely different than Shock Waves. I am in a total different place with a different family. I am finally okay with my mind and have found a team that is with me. With Shock Waves I was young and not asking questions. I believe it is a life process that I am blessed enough to continue. So no, this is not a follow up, this is a new chapter.” “The similarities between both albums are obvious,” concludes Leather Leone. “I am a metal singer with the same tones and inflections as always. The difference being I got away from the overproduction that I never liked. The layering, the harmonies, the overdubs. I did a simple no frills record, you can hear pops and imperfections which make it so real for me. My voice is not an instrument that can be tuned. It depends on the day. Vinnie and Rodrigo trusted me to move forward with just the basics. The voice is so incredible if you just let it be. The difference between Chastain and Leather be subtle to some, but it is more straight forward than what I have done. More vocally melodic and about the feel of a whole song. There is no outstanding individual parts here. This is a band oriented record. The mix is totally different and lyrically since I wrote it is more about everyday life.” A song like “The Outsider” on the album sounds quite a lot like a version of Judas Priest circa “Screaming For Vengeance” with female vocals. Leather’s voice has not aged at all, it is still as good as in the eighties, totally unique. Is singing for her today as easy as in the 1980s? “Singing has never been easy for me,” is the straight answer. “It has always been a very disciplined existence, so it is no different. Tons of water, tons of sleep. Keeping quiet, yet rehearsing. It is like any athlete. It is a constant battle. Especially after not singing for years. It was a weird time getting back to shape. I thank the gods for my vocal blessing.” Fans of 80s metal will adore this as Leather II is a true blue heavy metal album from start to finish.