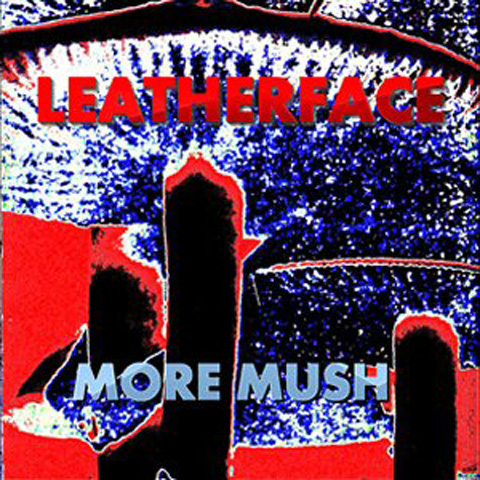 Englands Leatherface are a rare treasure in contemporary music — a good old-fashioned punk rock band who are neither near-sighted nor necrophiles. But, boy, do they take some getting used to. Frankie Norman Warsaw Stubbs’s voice — well, untutored would be kind. Yet once you’ve got used to it, it’s as affecting as, say, Bob Mould’s or Jake Burns Stiff Little Fingers. Formed in Sunderland, Tyne & Wear in the late ’80s, and taking their name from the central masked character in cult classic The Texas Chainsaw Massacre, Leatherface remain relatively unknown within their own town, let alone country. Yet a body of American supporters (the most vociferous being the inimitable Jack Rabid of The Big Takeover) have been singing the band’s praises since the 1992 release of the under-promoted Mush. However, by December 1993, following the release of Minx, the band began to break up, leaving Stubbs and drummer Andrew Laing to complete their final mini-album, The Last. Stubbs worked on a number of projects, including releases as Pope and Jesse. However, interest in Leatherface (mainly prompted by the reputation of Mush) eventually led to the reissue of the group’s earliest recordings — Cherry Knowle (1989) and Fill Your Boots (1990). Leatherface reformed in 1998, and the following year completed their first tour of America, releasing a split album with touring partners Hot Water Music for BYO. It featured one truly heartbreaking song, Andy (a dedication to Andy Crighton, the group’s longstanding bass player who committed suicide) among other pop-punk nuggets. This limited 2013 compilation vinyl contains the rare EPs the band recorded between 1990 and 1992. If you believe that punk can still matter — that it can be impassioned, intelligent and emotive without just retreading the boards — you should check out Leatherface immediately.