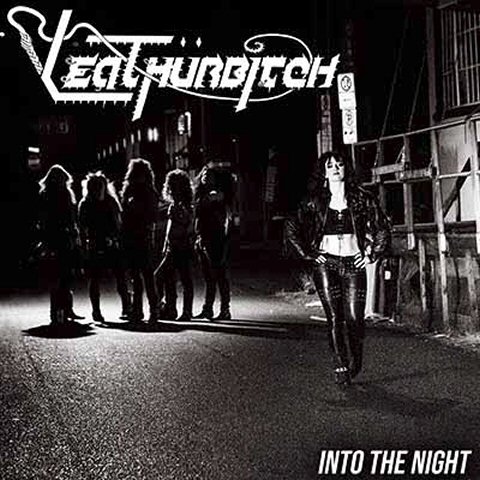 Leathurbitch -Into the Night cd

Leathurbitch are a promising new American band skillfully combining glam and speed metal. They were formed in 2015 in Southeast Portland, Oregon, Leathurbitch started with a low budget three-track demo that caught people’s attention right away. Their first full length album, Into The Night, has many similarities with their 2018 mini album as the band decided to work with the same talented people that made our first release a success. That doesnt mean however that the band hasnt transcend since then, Into The Night, has really taken the band to the next level. Leathurbitch’s very own mixture of glam and speed metal is unique within the confines of the current metal scene. In the past, bands like Bitch, Lizzy Borden and the rather obscure Leather Nun came close to Leathurbitch’s approach but this was way back in the 1980s …”Certainly,” finds singer Joel Stair. “There really aren’t any other bands like Leathurbitch in the Portland metal scene, and we love that. We love that we have something unique to offer at a show. There are bands out there that share similarities with us, but they are all scattered throughout the entire globe and aren’t very common.”