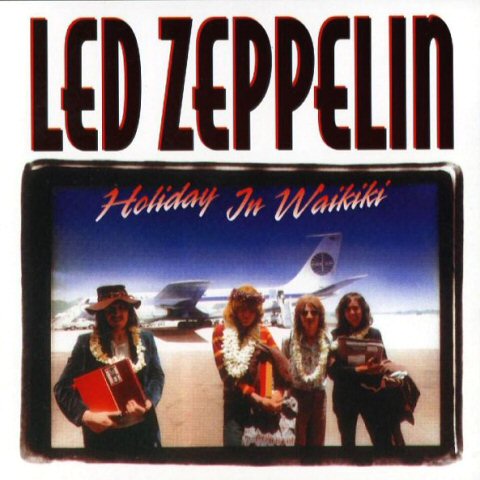 On the 6th of September in 1970, Led Zeppelin played two shows at the Honolulu International Center in Hawaii. The first was at 7 pm and the second and 10:30 pm. This limited and rare album includes one of those shows. The original review of the show from the Honolulu Advertiser read: Times have been good to Led Zeppelin. They are making both good money and good music. If their heavy sound has gotten to be too much for you, rejoice. It has had the same effect on them and they are back into more acoustic material. They did some material from the third album, which has four or five acoustic tracks. They drew heavily from folk traditions for the first album and the success with which they did it was the most impressive thing about it. The new one sounds even better. Both Jimmy Page and Robert Plant are more relaxed and human now. The first concert had them being pretty much concerned with being rock stars, but that is over now. Plant seemed especially perceptive about what was going on around him. He stopped the show twice for emergencies, something they probably would not have done the first time they were here. Page played well but there was a certain routine manner about his gig, which is not to say it was bad. Page at his worst is better than most people. He plays extremely fast and accurately and has a fine sense of dynamics. He is one of the elite.

Track list:
1. Introduction
2. Immigrant Song
3. Dazed And Confused
4. Heartbreaker
5. Since I’ve Been Loving You
6. What Is And What Should Never Be
7. Moby Dick
8. Whole Lotta Love
9. Communication Breakdown