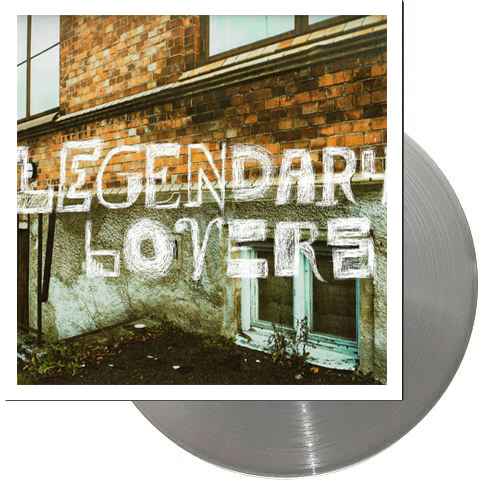 Silver vinyl 10” with a EAN sticker on back cover

Legendary Lovers was a power pop band from Klippan in Skåne, Sweden. They started back in December of 1985 and called it a day after the release of their third album in 1994, the roughest, heaviest and hardest ever produced in Svenska Popfabriken’s Klippanstudio. During those ten years the band produced some of the most elegant pop melodies the country had heard of. But you cant keep a good band down and the band was reformed in 2004 it would however take more than 10 years before the actually released a new studio recording, which was this 4-track 10” single, released in 2017. When the band started out 30 years earlier then they were heavily influenced by old acts such as Buzzcocks, Ramones, Sex Pistols and Generation X but the band were also influenced of the new wave of Australian bands such as Hoodoo Gurus, Saints, Kings of the sun, The Church and Dubrowniks. So even if their music was labeled power pop it was also mixed with both punk and garage rock. Some of the tracks on this vinyl was written 20 years earlier and one of them is a cover of Walking, that was written by an Australian band called Eastern Dark whose lead singer sadly died after they had recorded the track and before it was released. This single is well worth your investment if you love power pop with a good beat.