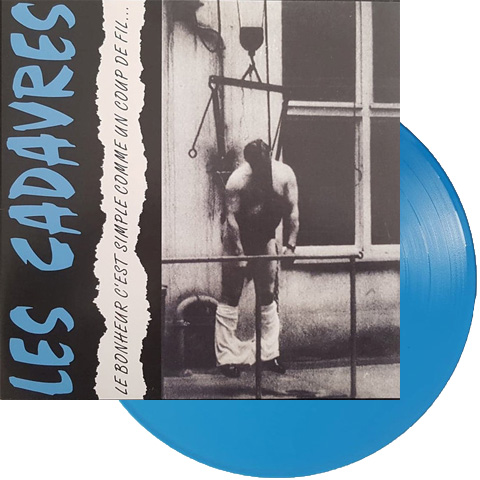 Led Cadavres was founded in Paris in 1978 and since their first concert the band did back in 1981 the bad had a fan base that continued to grow steadily during the following years. Two singles were released in the first half of the 80s before the band called it a day in 1984. This split lasted only for two years and in 1986 the band returned. When it was time to record their second full length album, Le Bonheur Cest Simple Comme Un Coup De Fil, the band decided that they needed to get away to concentrate on the recording session instead of staying close to home like previously and having friends coming over for a party every day. The band went to Studio Du Chalet, in the vicinity of Bordeau, in September of 1990. Isolated from everything and without no vehicle the band were on a mission complete the best studio session of their career. The end result is a little gem when it comes to French punk music. Fast but still with melody. It was originally only released on cd in 1991 but due to demand it was finally released on vinyl in France in 2009.