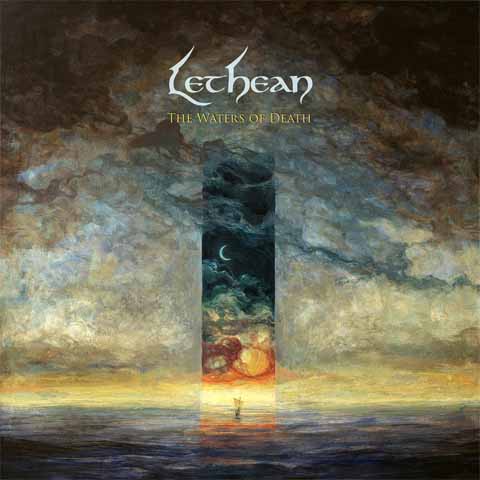 Lethean –The Waters Of Death lp

Solemn doom crosses paths with epic heavy metal from this unique U.K. duo – The 2012 creation of multi-instrumentalist James Ashbey, Lethean s inventive combination of epic metal, NWOBHM and doom is put on full display on their six-song The Waters of Death debut, an album rife with atmosphere and imagery. Hailing from England, Lethean was formed in late 2012 by guitarist/drummer James Ashbey with the ambition of combining epic metal, NWOBHM and doom. The result was a distinctive sound rarely found in the British Isles. Two demos followed, the first forged in the U.K., the second in Athens, but these did not enjoy physical release and only reached a limited underground audience. Finally, the band got the boost it needed when, in early 2017, vocalist and co-writer Thumri Paavana came aboard. A year later, Ashbey and Paavana entered the Seven Gates recording studio in Gothenburg, Sweden under the watchful eye of producer Jamie Elton (ex-Amulet). Utilizing organic recording techniques and employing an analogue mastering job courtesy of Jaime Gomez (of Angel Witch and Paradise Lost fame), Lethean came away with six songs of sorrowful yet nuanced doom and classic metal under the title The Waters of Death. The album, kickstarted by climactic opener Idylls of the King, features a myriad of styles and influences, with mournful melodies and classic riffing complementing the impassioned and soulful delivery of Paavana. Accompanied by atmospheric cover art courtesy of German artist Stefan Bleyl, The Waters of Death is an album that details themes of decline, departure and the passage of time, reinforced by diverse imagery drawn from mythology, literature and the elements. Ambitious in scope and rich in the fundamental traits of epic heavy metal, The Waters of Death firmly places Lethean into their own category where class, intelligence and a taste for the bold reign supreme.

Track list:
1. Idylls Of The King
2. Seafarer
3. In Darkness Veiled
4. Time And The Gods
5. Across Grey Waters
6. Devouring Fire