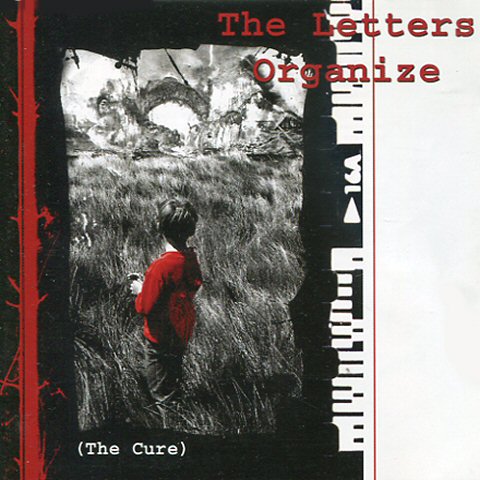 The Letters Organize -The Cure cd

The Letters Organize were a spastic post-hardcore quintet from Atlanta, GA. Formed in 2002, the group comprised Brent Jay (vocals), Garrett Range (bass/vocals), Donnie Adkinson (drums), Casey Maxwell (guitar), and Zach Hinkle (guitar). Sometimes compared to bands like Scatter the Ashes or like the younger sibling of the Blood Brothers, their urgent playing revolved around fierce guitars, intense drumbeats, abrasive vocals, and the entire group’s ability to start and stop on a dime. They had two releases in 2003 on Brand New Records: the Cure EP and the Everybody Goes Yeah…Bash! EP. The Cure is a thrillingly expedient disc rattling with all the raw passion and uncontrollable energy of Refused, bolstered by a ferocious Bronx-like intensity that skins alive any half-assed competition and dances manically on their shallow, gut-less carcasses. But it’s not all blazing, white-knuckle rides of punk rock noise. Propelled by quirky intermittent guitar jerks ‘10/21’ pile-drives through a rippling groove, pulsing with an almost tribal rhythmic tenure. Throughout the disc bursts of fury are tied together with strings of melody swinging in and out of ear-blasting hardcore punk, breaking things up nicely enough to guarantee a prolonged residency in your stereo. It kicks, it swings and it grooves. Check it out. By the end of 2006, the guys decided to throw in the towel.