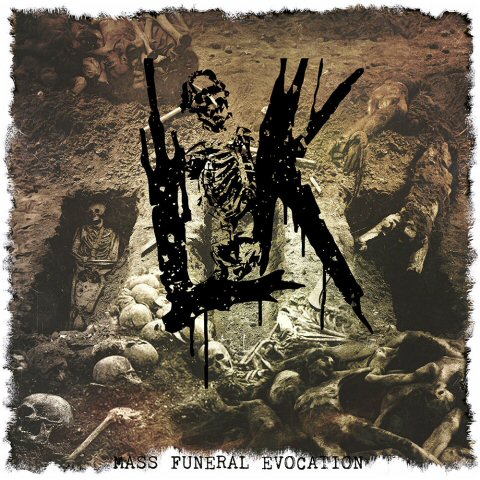 Swedish death metal squad LIK released their debut Mass Funeral Evocation in 2015. This is a raw and rude death metal album with anthems like ‘Serum 141’, the raging ‘Ghoul’ and the brutal ‘Necromancer’. That this Stockholm based group has more in their repertoire than solely brutal up tempo smashers is proven by the closer. Trails Of Entrails, which is a calm and sinister ending, starting with a piano that step by step gets replaced by heavy riffing and vicious vocals. The song stays slow-paced but constantly increases heaviness and has more of an evil outro. The two live songs on this re-release were recorded in Sweden. When you go back and listen to Mass Funeral Evocation again after several years you will notice that it hasnt lost any of its fascination. This is great death metal