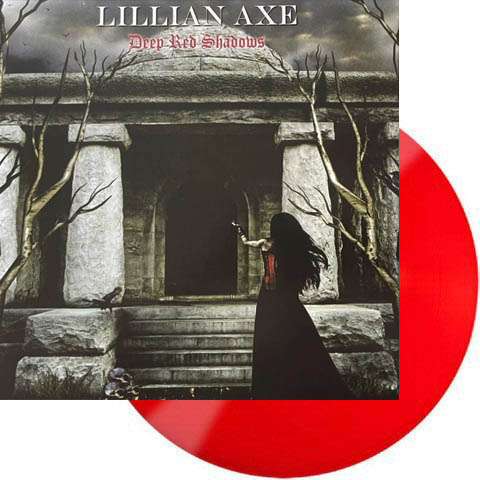 Lillian Axe is a melodic rock quintet from Michigan Usa that released some hardrock albums during the late 80s and early 90s. The band split up after the release of 1993’s Psychoschizophrenia and guitarist Steve Blaze went on to form Near Life Experience with his brother Craig Nunemacher. That project never really took of and Steve decided to reform Lillian Axe, by name only, and put together a new line-up including new vocalist Derrick LeFevre to record Waters Rising in 2007. From that album and forward its been a very busy recording schedule, quickly knocking out another three albums for various independent labels, culminating in 2010’s eye-opening Deep Red Shadows. Not only is the album’s first half steeped in an unimpeachable 80s metal pedigree, devoid of the usual subgenre tainting suffered by most bands, but it’s also defined by a certain quality not often associated with heavy metal bands of their generation: class. Lillian Axe have developed a distinctive sound in between progressive rock and heavy metal. Specifically noted for their elaborate song structures and time signatures, Lillian Axe have embraced new styles and ideas along with their consistency. Deep Red Shadows is exploring the uncharted heavy metal and arena rock with a somewhat commercial approach and it boasts impeccable arrangements, finely balanced hard/soft dynamics, and sparkling-clean production befitting a top-notch 1980s recording. However the real surprise is the second half, which is comprised entirely of acoustic guitar-led ballads, and remarkably beautiful and tasteful ones. Blaze’s handpicked interpreter for these songs, former Metal Church vocalist Ronny Munroe, brings with him a histrionics-free approach that breathes as much fresh air as the music under its wings. Obviously, not all metal fans will look so kindly upon such a significant stylistic curve ball, but for listeners who prize imagination above safe expectations, Deep Red Shadows will feel like nothing short of a creative triumph for Lillian Axe’s unheralded career revival.