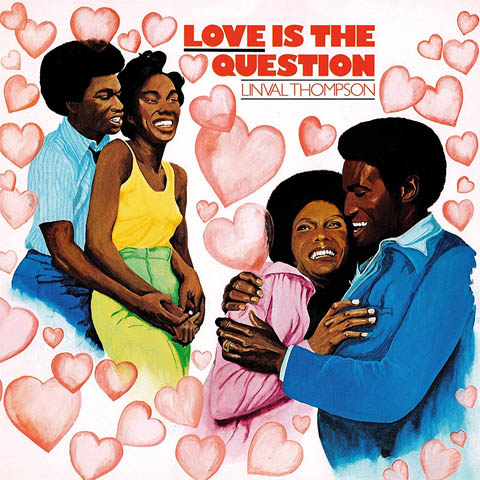 Although not particularly well known outside reggae circles, singer, producer, and songwriter Linval Thompson doesn’t need to be. He has done much to shape its direction since the mid-70s and his music has broken down many boundaries to constantly confound the music’s subgenre categorizations. He collaborated with many of the greats of Jamaican music recording. I Love Marijuana was his first self-produced LP in 1978 and featuring some of his well-known tracks, like the title song, the funky “Dread are the Controller” and “Just Another Girl.” One of the nation’s best bands, The Revolutionaries, is backing him up. Love Is The Question were also released back in 1978 and its another reggae masterpieces.