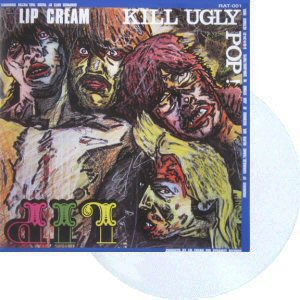 Classic maerial from the Japanese hardcore pioneers Lip Cream. These guys were pillars of the Japanese punk scene, delivering some of the most classic, brutal and influential records ever. Their 1986 album Kill Ugly Pop was recorded at the Jam Studio in Shinjuku, Tokyo during 11 days of October 1985. These guys play a more ‘straight-forward’ style of hardcore than the insanity of G.I.S.M., which isn’t to say that they lack any of the power. There’s also plenty of ‘crossover’ or metal influences. They’re fucking brutal and should please any fan of early Japanese hardcore like Outo and Systematic Death.